Last year, I read the amazing 99 Bottles of OOP by Sandi Metz, Katrina Owen & TJ Stankus and decided to create a tool to help me refactor code based on the method described in the book. I work in a consultancy and get to touch multiple codebases regularly. I wanted a tool that would allow me to refactor code on any ruby projects with no setup. Retest was born.

A simple CLI to watch file changes and run their matching ruby specs. Works on any ruby projects with no setup. 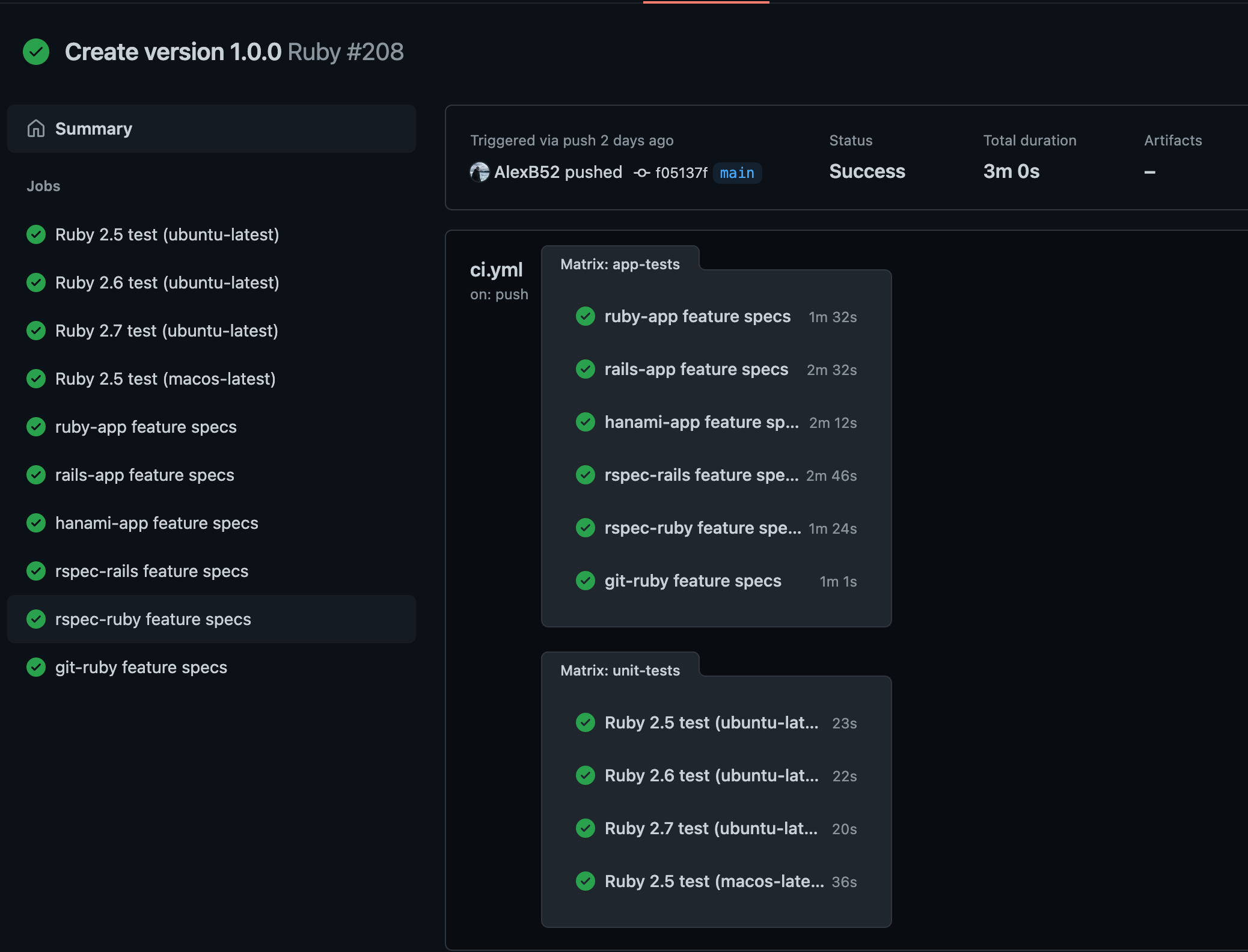 For some time I relied only on unit tests and manual testing of different ruby setups like Rails, Ruby ad-hoc, Hanami. This was becoming difficult as each setup can be paired with Minitest or RSpec.

E2E Testing retest is an interesting challenge. I need to run tests locally and on GitHub actions for a specific git branch. The latest state of the gem must be built and tested on multiple ruby setups. For each ruby setup, I need to test whether the gem:

I have a love/hate relationship with Docker. We use it extensively at work. I understand its benefits and why people use it but most often than not Docker is slow and a frustrating experience. Unless you have an image laying around, you know you're up for a treat when a Docker app that hasn't been touched for a year needs an issue fixed. Fixing Docker often takes longer than fixing the issue itself…

However, I recently used Docker to test retest on different Ruby environments. Docker allows me to spin different ruby apps in a container with retest installed.

Currently, Retest is being tested on:

Bonus: I also test git commands on a git-ruby docker container for the –diff feature

Check out the gem, those setups live in the features folder. All feature specs follow the same structure.

I use a strategy to dynamically spin 6 jobs (one per ruby app) and call its corresponding test command.

A setup can be tested on GitHub actions and locally via a dedicated bin/test command. In this example, we run the bin/test/rails-app for the rails app using minitest.

The docker file fits the setup tested, in this case, a rails app without webpack :) One thing to note is that retest is also installed with RUN gem install retest.gem

Each app has a retest/retest_test.rb file which is a test suite tailored for the setup under test. Here are some examples of tests ussed.

Launching retest on a separate process

Because retest needs a separate window to display test results as people change files, I spawn a process in the container that runs retest and write into a log file. I spawn a retest process per test.

Each repository has a group of helper methods to imitate the creation, update and deletion of a file in the repository under test (and trigger retest).

Overall CI runs in less than three minutes as each docker job is run in parallel and unit tests are run in less than 30 seconds.